Carlos Martins’ latest release is a very personal work that takes us on a trip to the South – not only the South as a geographical position, but the artist’s emotional South that runs through his veins.

Accompanied by his talented and trusted companions Alexandre Frazão (drums), Carlos Barretto (double bass) and Mário Delgado (guitar), Carlos Martins reveals 11 compositions that reflect his musical universe, each in its very own way and style.

The musician and composer invokes the beauty of his roots, from Alentejo in the south of Portugal to the city of Lisbon where he lives today, citing his Mediterranean, Arab and African influences and celebrating love and friendship.

Following the highly acclaimed album “Absence”, Carlos Martins’ new record could not bear any other name than his own.

“Carlos Martins” was launched on February 12th 2016 at Culturgest in Lisbon. 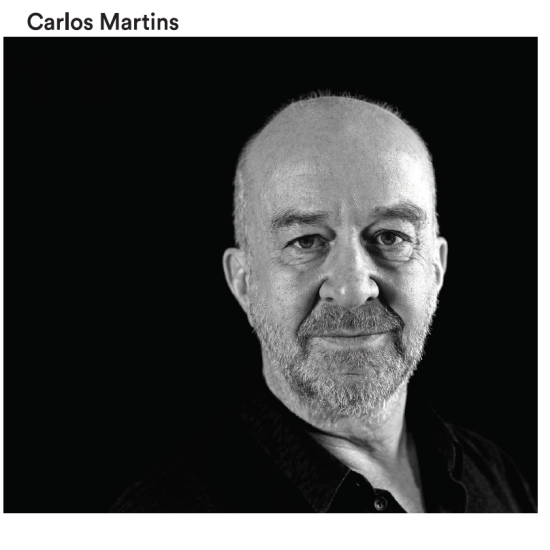